Terry Sullivan is regularly featured on WGN-TV (Channel 9) discussing legal issues and criminal cases. He’s been their legal analyst for the past twenty years.

“Terry Sullivan has experience, energy and vast knowledge of the law, but it is his passion that sets him apart. He loves discussing the law.”

More recently, he recorded a documentary for CNN that will air in the Spring of 2019. 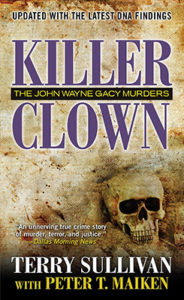