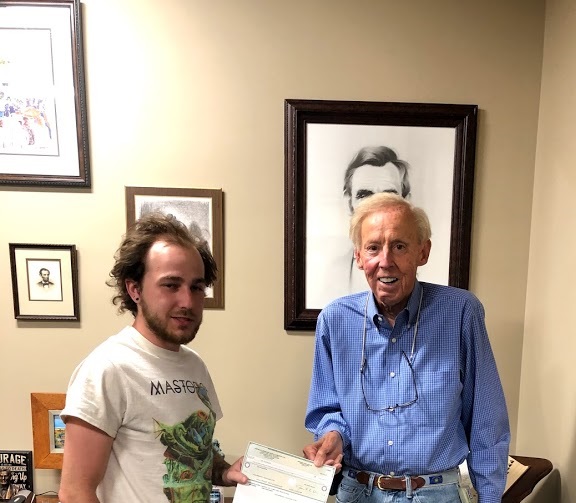 Just weeks ago, The Sullivan Firm handed over a nearly half-million-dollar check to a young man involved in a nasty car crash. The case was worked up with an associate of the firm, bringing about the large settlement that he was able to receive. All of us at TSF are hoping that this amount gives him a nice re-start to the rest of his life & we wish him the very best!

INSURANCE $$$ TO YOU (just a friendly tip)

Insurance companies have found out that pandemics mean that people will drive less, and that means fewer accidents, and that means each insurer still has to compete. So, when one company decided to give its customers refunds in order to get the publicity to attract customers from competitors, the big firms had to go back to the drawing board–literally! Geico, State Farm, & Progressive have all lowered rates from, it appears, 8 to 15 percent, depending on what state you’re in. Allstate is not so clear. So, get going; call that agent or company & get what you’ve got waiting for you!

A study in England that followed 20,000 people, so-called “moderate” drinkers, for some 9 years & regularly tested them for mental status found them to have higher cognition scores that the teetotalers, in addition to having lower rates of mental problems. The author suggests that small amounts of alcohol appear to have a “positive effect” on the small blood vessels of the brain. And the researchers call 8 drinks a week for women & 15 for men the maximum. Yet they caution against the non-drinkers using this as a reason to start!

“BUT I HAVE A GUN PERMIT”

As Chicago police curbed a vehicle for a traffic violation, an officer saw the passenger stuff a semi-automatic handgun into the glove compartment. Upon searching, the passenger was charged with Unlawful Use of a Weapon. Had he possessed a valid owner card, he argued, he had the gun “concealed” in the glove compartment, within the Concealed Carry Act. Not so, said the Appellate Court; that would create “an open carry law while in vehicles”, which Illinois law doesn’t permit. (The passenger currently resides in the Illinois State Penitentiary.)

How about a lawyer telling you how to stay out of the legal system! And what better time to do this than a pandemic!

And it’s easy because an estate basically has only 4 moving parts, and we’ ll be happy to introduce you to a POA (power of attorney) for your property, a POA for your healthcare, a pour-over will & then a living trust. It’s that simple. And you should someday–not yet! –avoid probate court. In addition, you will have protected your family–exactly what you’ve been meaning to do, right?? No better time!

It takes all kinds to make the world. But sometimes you wish it didn’t.  —Gloria Naylor, author

I would imagine that if you could understand Morse code, a tap dancer would drive you crazy. —Mitch Hedberg, comic

In politics, stupidity is not a handicap. —Napoleon Bonaparte

My problem lies in reconciling my gross habits with my net income.  —Errol Flynn