Your referrals are a sign of trust and we thank you for them! 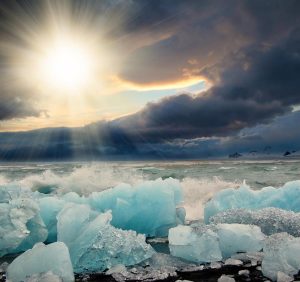 As we anxiously await the start of a new baseball season, change is in the air. The Cubs will be airing their games for the last time on WGN-TV this year. Although details are yet to be announced for the Cubs network, many will miss the end of an era. How times flies!

*Send us your good memories of the Cubs on WGN-TV to [sullivan@thesullivanfirmltd.com]

YOUR I-PHONE & the CONSTITUTION

“Technology is outpacing the law”, declared a Federal Judge recently in ruling that law enforcement cannot force people to unlock their phone with their fingers or facial features. This landmark decision flies in the face of prior court rulings that allowed forcing people to unlock phones with their biometrics, i.e., faces, fingerprints, and even the irises of their eyes. In an application for a search warrant, police sought to search any phones found on the property by use of biometrics, but the Court found that this would violate any suspects’ 5th Amendment protections. (Sure to be appealed, The Legal Beagle will follow, yet another, legal technology issue.)

Since the Supreme Court struck down a federal ban on state-sponsored sports wagering in Murphy V. NCAA, many States have begun passing laws to legalize gambling. Illinois continues to look for examples from states such as Nevada, New Jersey and even overseas to create legislation that could potentially bring hundreds of thousands of dollars in revenue yearly. There is also the potential of creating over 1,800 jobs for the state. The biggest challenge lawmakers face is creating a bill with reasonable taxes to discourage the activity in black markets.

DANCING WITH THE STARS ??

A TV’s 1990’s hit sitcom “Fresh Prince of Bel Air” had an actor, Alfonso Ribeiro, who became famous for his “Carlton dance”, in which he swung his arms & legs in a very exaggerated manner. So now–what took him so long?–he wanted to get the dance copyrighted. But earlier this month, the US Copyright Office in California denied the application, saying that ” the combination of three dance steps is a simple routine”… and that those “uncopyrightable movements are not choreographic works.” Keep on swinging, Al!

—“Success is having to worry about every damn thing in the world, except money.”      Johnny Cash

—“To love or to have loved is enough. Don’t ask for anything more.”    Victor Hugo

—“What is a weed? A plant whose virtues have not yet been discovered.”     Ogden Nash (in the Times of London)

—“In my country, the people can do as they like, although it often happens that they don’t like what they have done.”    Winston Churchill (in the Washington Post)

—that Chicago has been named the Best Large city in the US by Conde Nast Traveler, followed by New York, New Orleans, San Francisco, & Honolulu.

— 90-year-old cyclist Carl Grove has been stripped of the medal he won at the US Masters Track National Track Championships; he says whatever it was must have entered his body thru “contaminated meat.”

—Men in Saudi Arabia used to have secret divorces, i.e., without their wives knowledge; under a new law, they now have to alert the wife by a text message!